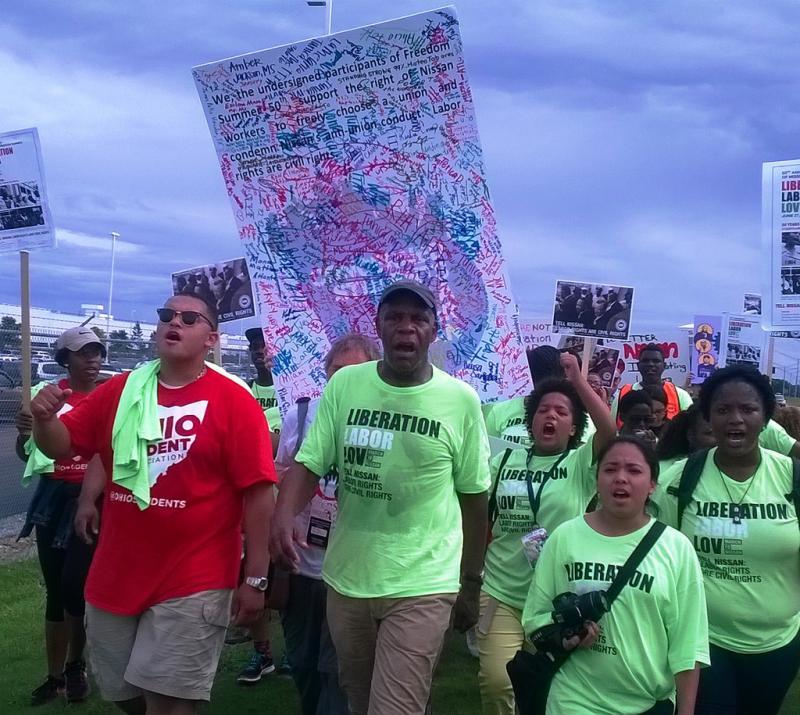 Despite losing two high-profile organizing campaigns in 2017 — at Boeing’s factory in South Carolina and a Nissan plant in Mississippi — labor unions gained 130,000 members from the Southern workforce last year.

Data released by the Bureau of Labor Statistics in January shows that the share of workers belonging to unions in Southern states inched upwards from 4.9 percent in 2016 to 5 percent a year later.

That means the share of workers in unions in the South is less than half the national rate, which stands at 10.7 percent. But while union membership nationally has steadily eroded over the last decade — 12.1 percent of U.S. workers belonged to unions in 2007, compared to 10.7 percent today — the Southern rate has stayed virtually the same over the same time period. (The 2007 union membership rate in the South was 5.3 percent.)