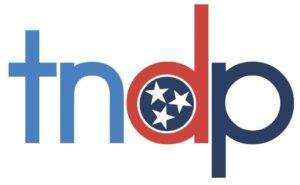 Tennessee Abortion Ban Puts Millions Of Lives In Danger
With a ruling decided on Dobbs v. Jackson Women’s Health Organization today, the Supreme Court has voted to reverse decades of reproductive rights by overturning Roe v. Wade. Many have feared this decision for years—a half-century long federal guarantee of our right to bodily autonomy is gone.

“This decision is a direct assault on the rights of Tennesseeans. The Court’s interpretation of the constitution on this issue is flawed and a direct insertion of political activism on the highest court in the land. This decision made by a conservative majority on the court, will empower a radical majority serving in state legislatures across the country. Politicians will be even more emboldened by this decision to impose their most restrictive views on us. Today, an essential and lifesaving freedom was discarded by a court installed to protect it.” – Hendrell Remus, TNDP Chair

Clearly, this is a blow to Americans everywhere, but in Tennessee, abortion is most at risk due to a trigger law that will outlaw abortion without the federal right. This trigger law now criminalizes any abortion unless necessary to prevent death or “serious risk of substantial and irreversible impairment of a major bodily function.” The abortion ban puts millions of Tennesseeans in danger and takes away their bodily autonomy.

“We are going to keep pushing back against anti-choice representatives and legislation any chance we get. The Tennessee Democratic Party will work to support pro-choice candidates and legislators as well as abortion rights groups in state. We’re prepared to fight for the safety and autonomy of Tennesseeans.” – Brit Bender, TNDP Executive Director